I have a confession to make. I, Caitlin Emfinger, struggle with doubt.

Yes, there it is. Written out for all the world to see. I’ve been a Christian for a long time. But that doesn’t mean I’ve figured everything out. You’re probably wondering what exactly that means. I mean, there’s a lot of things to doubt! I guess I should be more specific. I struggle with the doubt of if God will do things. I don’t have a problem believing that He can. I know that He can. My problem is believing that He will. That’s what scares me.

Now it’s time for a story. A few months back, we had a girl in the Hope House get really sick. She’s only 12 years old. She flatlined multiple times while she was in the hospital. We were told on multiple occasions that she wouldn’t make it through the day. The entire time, I had no problem believing God could heal her. I knew beyond a shadow of a doubt that He could. But would He? What if He didn’t? How would her family feel? The girls? Would the people in her life lose faith? And why would He take her? These questions raced through my mind for weeks. The good news is, I never got the answer to those questions. He worked a miracle in her body. She’s still in Cuenca for now, but she’s getting better. He’s healing her. She survived. And last month, she came down to visit us. 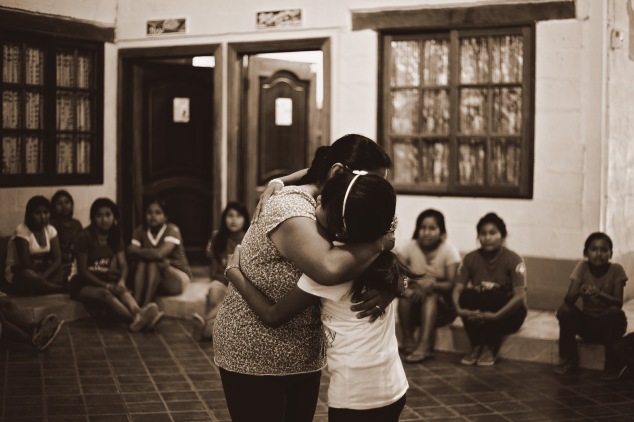 Her first time back in the Hope House in months. It was an emotional day for all of us.

But you know what? I would have loved and trusted Him just as much as before if He had decided not to heal her. I wouldn’t have understood why, but it would have been okay. Because His ways are so much higher than our ways. In spite of my fears and doubts, He still worked a miracle.

Even if He doesn’t do what I think would be best. Even if things don’t turn out the way I want. I will still follow Him and trust Him no matter the outcome. Sure, I may still have my doubts. But you better believe I will throw them to the side and keep on going, even if it means walking straight into the fire.